Roleplay / The Price Of Power 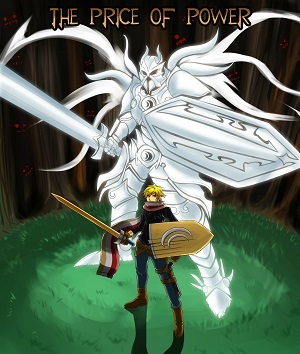 Spoiler Alert: The Price is lots and lots of hilarious trauma.
"Some people come to power naturally and end up as right-thinking folks despite it. But that's rare. Most that rise to power end up driven to crazy because of it. But then you have the weaklings. Not born to it. Can't even be trained into it. Unless you break them. Unless they suffer and survive through that suffering, shards of what they once were molded into something with power. So when you have a weakling and you want a lord? Well, you're gonna have to lay down the pain. And the trauma. Always the trauma. And if that doesn't work? Well, that just means you're not trying hard enough..."
Advertisement:

A Quest on SpaceBattles.com, focusing on Jaune Arc and his forcible adoption by the Avedon siblings. Can be found here

Jaune Arc is twelve years old and has just been shamed, after showing that he has no talent whatsoever to become a Hunter. Running away from his peers and his family, he stumbles upon a knight in silver armor, who proceeds to casually kidnap him, telling him he will become his squire. Jaune quickly learns that he is Richard Avedon, member of an infamously dangerous clan, even in the world of Remnant. After many close calls and nearly dying a few times, Jaune finds himself inextricably bound to the Avedons.

Thus begin his struggles to survive and become a true knight, like he'd always dreamed he would. Well, if he survives, that is.