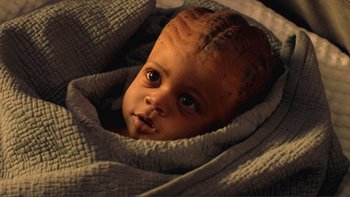 Awww, what an adorable baby! Hope nothing bad happens to her!

Bortus and Ed find themselves at odds when Bortus wants a controversial procedure performed on his newborn child.