Recap / The Adventures of Batman & Robin E8 "Time out of Joint" 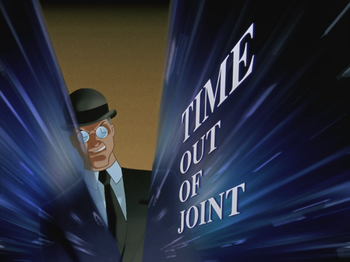 The Clock King returns with a time-altering device.