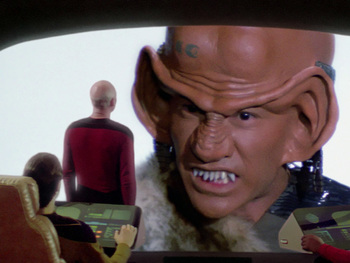 The uselessness of the Ferengi was not an exaggeration.
Advertisement:

An unknown force immobilizes the Enterprise during the Federation's first encounter with a new alien threat—the Ferengi.