Recap / Star Trek: The Next Generation S1E5 "Where No One Has Gone Before" 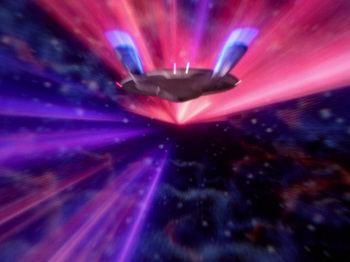 This episode was co-written by Diane Duane, previously the author of several well-received Star Trek novels including the Rihannsu series.