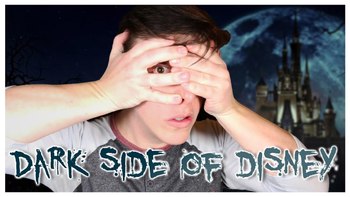 Thomas has decided to talk about the many messages that can be inferred from Disney movies. Princey quickly rises up because he's a Disney fan. Anxiety also pops up, because he also happens to be a Disney fan, but in his case because of the sinister messages he gets from Disney movies. Thomas decides to launch a debate between Princey and Anxiety where he'll tell titles of Disney movies and the others will tell what messages each of them take from each title.