Recap / Once Upon A Time S 7 E 7 Eloise Gardener 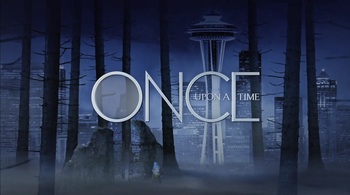 In pursuit of revenge in the Enchanted Forest of the Wish!Realm, Hook seeks a dark and powerful magic, but an encounter with Rapunzel could alter his fate forever. Meanwhile, in Hyperion Heights, Ivy’s plot to take down Victoria intensifies and has unexpected consequences for Jacinda and Lucy. Rogers enlists Henry and Tilly’s help in his ongoing quest to find the missing Eloise Gardner, but what he discovers isn’t what meets the eye.