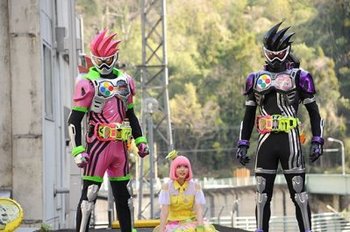 If you want to win, then stay cool.

No one can hide the fact that they are upset about Kuroto's revival. How was he able to return?! Everyone is doubting if he is the real thing. Just then, Kuroto claims that it's due to the game "not deleting the previous data on him". What is Kuroto's true intention to make this Continue a reality? Meanwhile, Emu cannot forgive what Kuroto did to all those patient's lives. He realizes that in order to eliminate Kamen Rider Chronicle, his cooperation is required, but Emu is getting tired of his attitude...