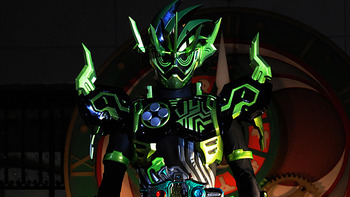 Genm, you thought you created this evil plan in the first place? But it was I, Cronus!
Written by Yuya Takahashi
Directed by Kazuya Kamihoriuchi

Ex-Aid has gained the right to challenge the advanced Bugsters in order to clear Kamen Rider Chronicle. The three advanced Bugsters are Parado, Graphite, and Loverica. The time of the final battle against the four Kamen Riders is at hand! At last, the curtain rises on the scene of the last battle! However, a disturbing darkness suddenly begins to appear...