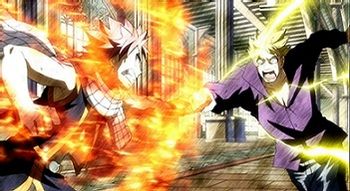 No it's not that Civil War.

Laxus makes his move for the position of guild master of Fairy Tail, unleashing a plot that forces its members to fight one another in order to defeat him.