All spoilers are unmarked as per Nightmare Fuel page guidelines. 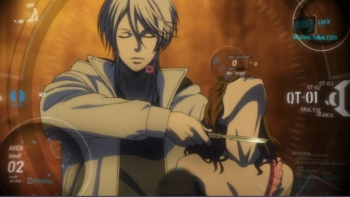 "Crime coefficient is 0. Not a target for enforcement action. Trigger will remain locked."

Given this show's creator's track record, it was only a matter of time before Psycho-Pass would get its own Nightmare Fuel section.