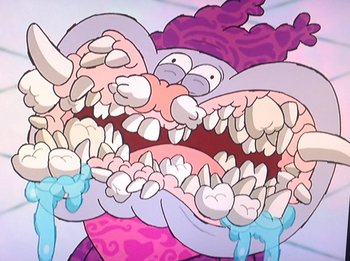 Chowder, you may need to see the dentist.

Chowder's not only cooking up food, but also nightmares.