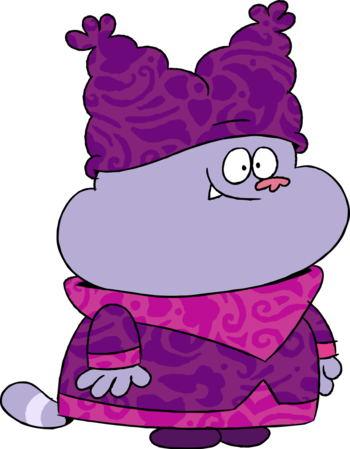 "Pepper spray? That sounds delicious! *gets sprayed in the face and screams* I WAS WRONG!! I WAS HORRIBLY WRONG!!!"
Voiced by Nicky Jones, C.H. Greenblatt (adult)

Chowder is an excitable, young cat...bear...rabbit...thingy and apprentice of legendary chef Mung Daal. Chowder loves food and dreams of becoming a great chef one day. 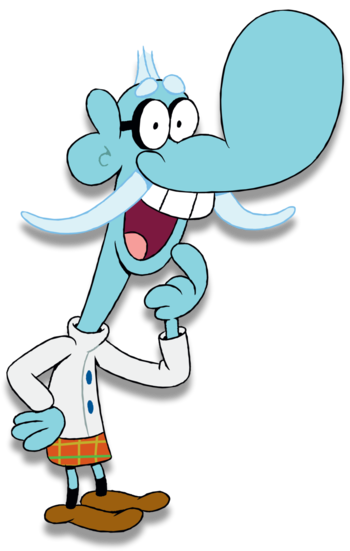 "You see, there is an ugly lady inside us all, and sometimes, that ugly lady makes us do things we're not proud of."
Voiced by Dwight Schultz

He can be a bit scatterbrained, but when it comes to cooking, Mung Daal knows more than almost anyone. He pours his heart into every dish. Mung thinks he's a ladies man and frequently offers Chowder advice about finding love. 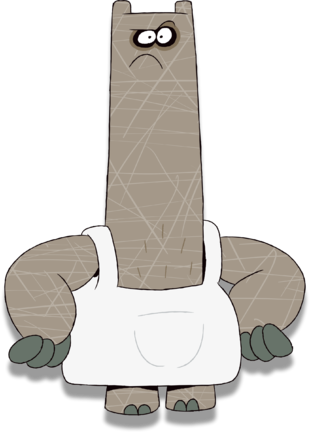 Shnitzel is a big, heavy rock monster who works in Mung Daal's kitchen. He's a serious fellow who tends to end up cleaning up his co-workers' messes. 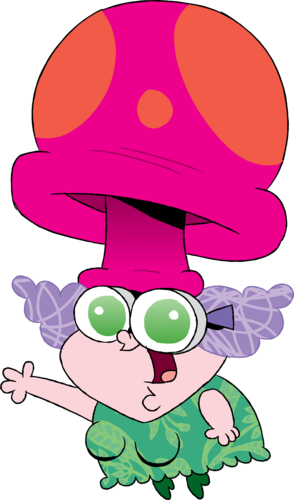 "What's going on in here!!?"
Voiced by: Tara Strong

Mung's wife, Truffles likes to be the boss and has a very competitive streak. While Mung handles the cooking, Truffles takes care of everything else.

Chowder's pet, who lives in a cage next to his bed. Kimchi is a brown-colored cloud (an anthropomorphized flatus). He likes things that smell bad, and he "talks" by making flatulent sounds. 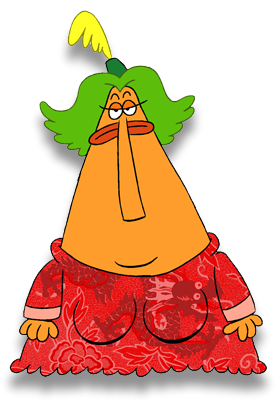 A female chef who teaches cooking to Panini with strict discipline. She regularly berates Mung Daal, whom she considers a rival. In the episode "Chowder's Girlfriend", it is revealed she despises boys and boyfriends because her fiance did not show up on their wedding day. The creator describes her as Martha Stewart with Oompa-Loompa colors. 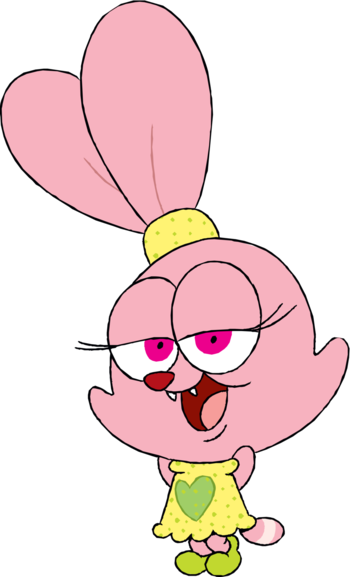 Panini is the apprentice to Ms. Endive. She's convinced that Chowder is her boyfriend and takes every opportunity to let him know this. 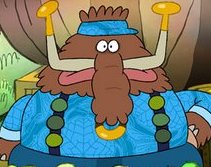 An anthropomorphic woolly mammoth storekeeper who sells strange produce and ingredients. He does his best to offer advice to Chowder when needed. He lives with his overbearing mother, who never appears. Gazpacho shows no interest in moving out and improving his own life. 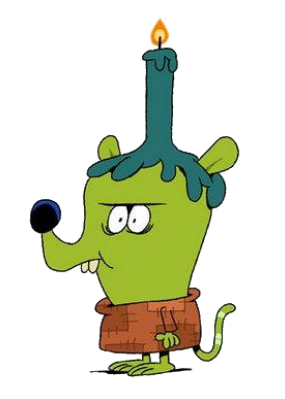 A young apprentice candle holder with a surly attitude. He resents Chowder due to him having a better job. 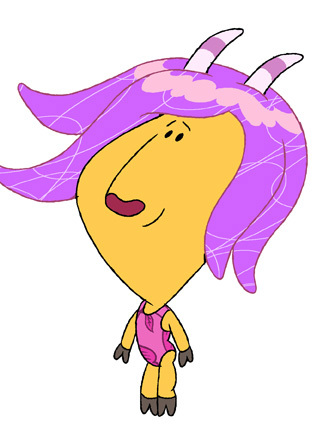 "After I escort you home could I weed your garden and hang some dry wall?"
Voiced by: Elan Garfias

Ceviche is a dancer and the apprentice of Pate. He is fairly easy going and has a crush on Panini. Because of this he follows her around and does what she says.