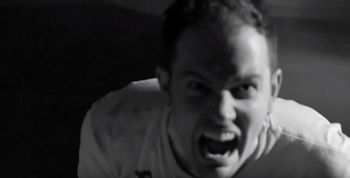 The face of insanity.

James Rofle is a horror lover, of course it's bound to have some tropes, especially during Season 3...