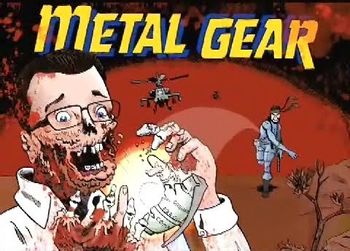 The more awesome the art, the more horrific the detail.
You thought a series of videos about a nerd who rages over video games couldn't possibly give you nightmares?
Advertisement: