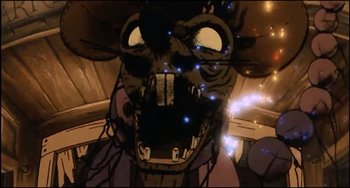 Glad it's on our side.
Advertisement:

Even without Parental Abandonment, the storm at sea, the Giant Mouse in action, and those freaking terrifying mean cats. Dear God, won't someone Think of the Children!?