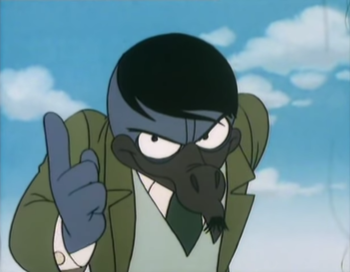 "I know just what you have done Alfred."
Advertisement:

A series about a charming little duck? How could this be filled with Nightmare Fuel? Well, first of all, though aimed at children "Alfred J. Kwak" had a lot of themes and hidden allusions to the adult world like Nazism, colonialism, epidemics, republicanism, Apartheid, doping,... When you're a kid all that stuff just goes over your head, but at the same time it can disturb you.