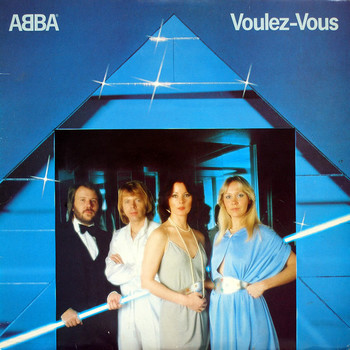 Voulez-vous, take it now or leave it...
Advertisement:

Voulez-Vous is the sixth studio album by the Swedish pop band ABBA.

At this point, the band were not as popular as they had been in Europe at the time of the 1977 tour, however, they managed to gain enough popularity in North America (a place that hadn't been into their music as much as the rest of the world) to have an arena tour in the summer of 1979.

This album is (arguably) heavily influenced by disco, which was a common reason why many fans disbanded the fanbase at this point, but managed to have some of the most memorable songs in the group's lifespan. Despite that, it was the start of the Creator Breakdown for Agnetha and Bjorn, who divorced during the recording process, making the media become interested in something other than the music. No doubt that the album would be filled with Lyrical Dissonance, considering that Bjorn was one of the songwriters.