Music / The Queen Is Dead 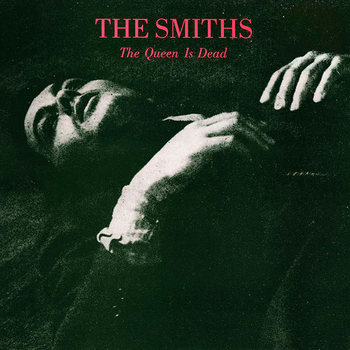 "It's so lonely on a limb."
Advertisement:

The Queen Is Dead is the third studio album by The Smiths, released on 16 June 1986.

It was intended to be a New Sound Album, with more production value than their previous self-titled effort and Meat is Murder, and featured more humorous lyrics compared to its contemporaries. It was backed by the single "Bigmouth Strikes Again", and other well-known songs are "Cemetry Gates", "There Is a Light That Never Goes Out", "Some Girls Are Bigger Than Others", and the Title Track.

The album has sold consistently well, peaking at #2 on the UK Albums Chart; though it did not chart in the United States, it would later go gold down the line.

Farewell to this land's tropeless marshes...: