Music / The Colour and the Shape 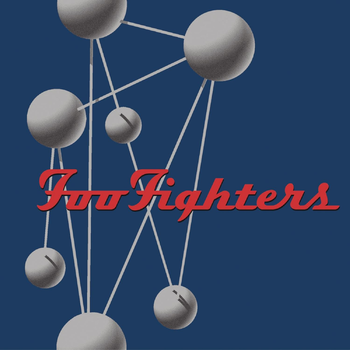 The only thing I'll ever ask of you: You gotta promise not to stop when I say when

The Colour and the Shape is the second album by rock superstars Foo Fighters, released in 1997. Technically their debut album, since Dave Grohl was the only member on the self-titled debut, the lyrics dealt with breakups and divorces, homesickness, and mental health—the tracklisting was designed to resemble a "therapy session," in Grohl's words. What resulted is an album that is sometimes considered the Fighters' best album, if not one of the best albums ever. Backed by the singles "Monkey Wrench," "My Hero," and possible Signature Song "Everlong," the album has sold 2 million copies since its release, by far their best-selling record.

Later pressings have "The Colour and the Shape" (3:21) as the final track.