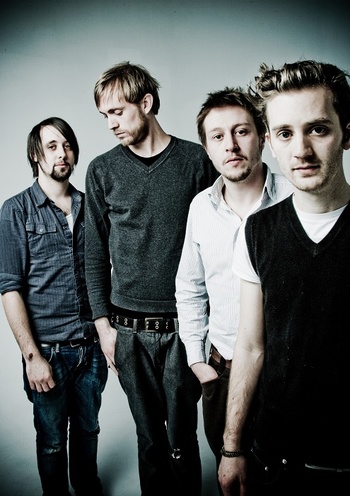 "We will not retreat, this band is unstoppable!"
— Retreat! Retreat!
Advertisement:

Founded in Sheffield, UK, 65daysofstatic (abbreviated as 65dos, 65days, or just 65) is an indie Electronica Post-Rock band that focuses mostly in Instrumental tracks. They first debuted with the album The Fall of Math in 2004 and have slowly gained popularity since then. They have also composed No Man's Sky, with their songs "Debutante" and "Pacify" used in trailers for the game, and they headlined the "A Night Under No Man's Sky" event at PSX 2014.

We Were Troping Anyway: