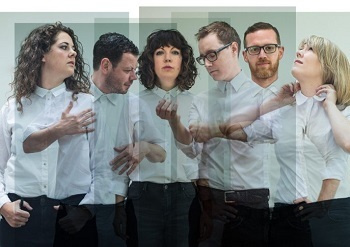 Little xs for Eyes (stylized as "little xs for eyes") is a six-piece Irish indie-pop band. They distinguish themselves from most other indie bands by incorporating multiple vocal harmonies courtesy of the band comprising three female members, along with one of the males occasionally providing lead vocals on other songs.

The band and its music provide examples of the following tropes: