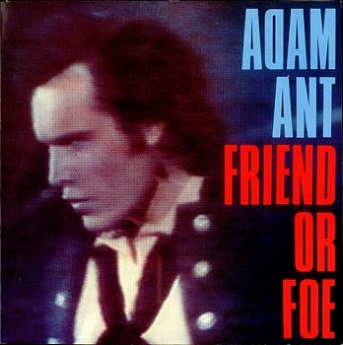 I want those who get to know me. To become admirers or my enemies.

Friend Or Foe is the debut studio album by Adam Ant, released in 1982. It is his most successful solo album to date. Though he left his former band, Ants guitarist Marco Pirroni continued to collaborate, co-producing and providing guitar.

You don't drink don't trope - what do you do?