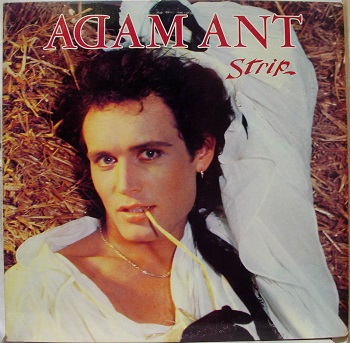 If you think it's cheap or a bit risqué, please don't say a word, I'll just slip away.
Advertisement:

Strip is the second studio album by Adam Ant, released in 1983.

You May Find Your Tropes Getting In The Way...