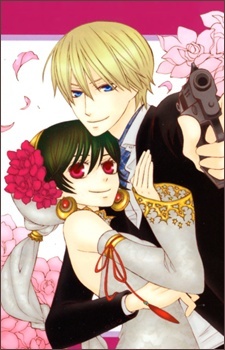 Zettai Heiwa Daisakusen (also known as Absolute Peace Strategy or Battle of the Peace in English) is a shojo manga focusing on prince Johanne and princess Euda from the two warring countries of Meteora and Cannan/Kanan that decide to pretend to fall in love with each other to end the long war. While they appear to be lovey-dovey in public, they can't stand each other, but have no choice but to go on with the engagement if they wish to keep war at bay. However, Euda seems to be slowly falling in love with the prince that she originally despised, even though she denies to extremes and sees her racing heart and inability to look Johanne in the face as signs of hatred. In addition to these feelings is the constant threat of terrorists who wish to continue the war and kill either Euda or Johanne, whom they feel are traitors to their countries for marrying the other. The series was serialized in the LaLa DX magazine from 2007 in 2010 and compiled into 4 volumes.