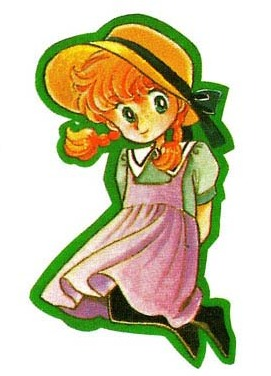 Western Genki Girl
"Dear readers, This is a tale of a little girl and three young men. And so the story begins."
— Opening Narration.
Advertisement:

Miriam (known in Japan as Kouya no Tenshidomo, or "Wilderness Angels") is a western (as in cowboys) Shoujo manga by Kyoko Hikawa, which was serialized in LaLa from 1983 to 1984. It was followed by two sequel series: Jikan wo Tomete Matteite ("Stop Time and Wait For Me"), which ran from 1985 to 1987, and Sorenari ni Romantic, which ran from June to August 1989.

Miriam is an energetic girl who lives on a farm with a woman named Grace. Miriam enlists a trio of young men named Douglas, Joel and Card to help out on Grace's farm. However, they have no interest in helping Miriam and ignore her. Despite their best efforts however, they find themselves helping out after all and together end up fighting against Mister Harnbag and the corrupt Sheriff.