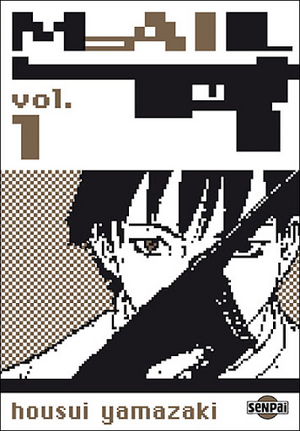 Mail is a 2004 horror manga written and illustrated by Housui Yamazaki, and centers around Reji Akiba, a private detective specializing in cases dealing with ghosts of various kinds. On top of solving the cases, Akiba also uses a special gun that fires hallowed bullets which seals the ghosts inside. These bullets are later sanctified at a shrine, allowing the spirits to pass on to the afterlife.
Advertisement:

The manga was originally serialized in Shonen Ace, and has been translated into English by Dark Horse Comics.