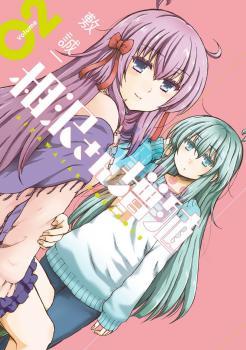 Souta Mizutani thought it was unbelievable that the beautiful, intelligent Shino Aizawa approached him and declared that she loved him. However, that quickly becomes the least unbelievable part of the situation, when three more Shino Aizawas appear to declare Shino's love for Souta as well.

Shino explains - she had been running a bit late for school, and was taking a shortcut through woods to get there quickly. However, the ground gave out beneath her feet, trapping her in a sinkhole. After a few hours, she resolved herself that she'd never just be passive again and would confess to Souta (her long-time crush) if she were ever to get out. Just then, a duplicate of herself manifested in front of her, and the two worked together to get out of the hole. The other two that had appeared manifested as Shino confessed, and now the four want Souta to go out with Shino.

Aizawa-San Multiplies (Aizawa-San Zoushoku in Japanese) is a comedy about what happens when one person is literally a harem all by herself.