Grouped for Your Convenience 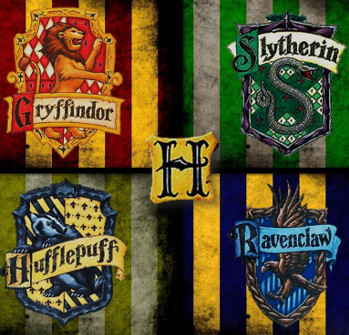 Which House would you be sorted into?
Advertisement:

When a large amount of people of a similar background are born or sorted into various groups, factions, clubs, or houses for a particular reason. Be it to train or educate easier, to have Urban Segregation, or maybe to take sides in an ongoing war.

This is not a trope to describe a team of four people, but rather four teams of differing kind of person in each. That is, there are multiple groups, clearly different from each other, in which people are sorted into. It is most often described as a single entity/organization that is divided into parts.

Compare Cast Herd for another meaning of "grouped for your convenience". If the groups are chosen in school, it's an Absurdly Divided School. In a Tabletop RPG, the groups may well be Splats.