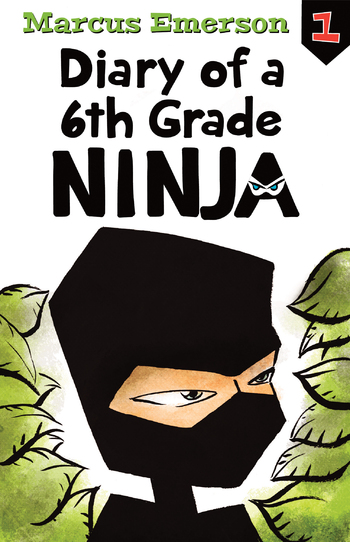 Diary of a 6th Grade Ninja is a series of children's books by Marcus Emerson. The series focuses around 11-year-old Chase Cooper at Buchanan School, who is accepted into his school's secret ninja clan. He is to keep his and the clan's identity a secret, while also dealing with Wyatt, the leader of the Red Ninja clan. Despite these issues, he's in the company of his cousin Zoe, and his friends Brayden, Naomi, and Faith.

The series has had 12 books released, and an activity book called How To Ninja, which was released in 2018.

Unrelated to Tomo: I was an 8th Grade Ninja or Randy Cunningham: 9th Grade Ninja, which not only have different plots, but are more on the supernatural side of storytelling than slice-of-life.

Examples of tropes used in Diary of a 6th Grade Ninja: