Literature / To Build a Fire 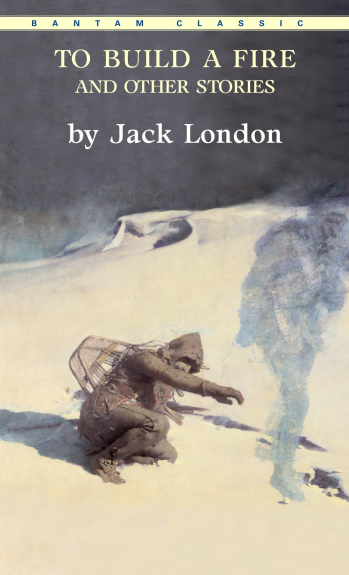 "To Build a Fire" is a classic short story by Jack London, originally published in 1908 in The Century Magazine.

It involves an unnamed man up in the Yukon Territory during the savagely cold Yukon winter, who is working a gold claim. He leaves the Yukon Trail, accompanied only by his dog, headed for the gold claim where he will meet his fellow prospectors ("the boys"). The man has an unfortunate accident when he falls through an "ice skin" and soaks his pants and lower legs. This accident quickly escalates into a very dangerous situation when the fire the man builds is extinguished by snow falling off the boughs of a tree.

"To Build a Fire" is one of Jack London's most famous and best remembered works, and is often found in school literature textbooks. Read it here