Literature / Those Who Hunt the Night 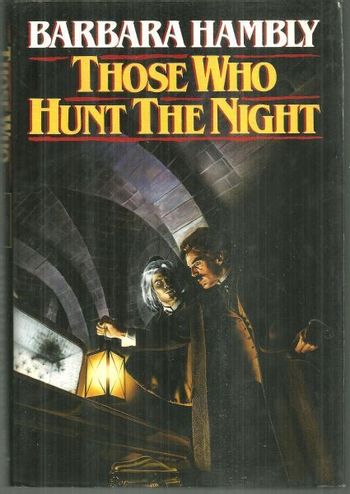 "My name is Don Simon Xavier Christian Morado de la Cadena-Ysidro, and I am what you call a vampire."
Advertisement:

Those Who Hunt the Night (1988, also published as Immortal Blood) is a Historical Fantasy novel by Barbara Hambly. Professor James Asher, Oxford linguist and retired spy, is unwillingly recruited by the vampires of London to track down a hunter who is killing them one by one. He sets to work, with the assistance of his wife Lydia, a physician, and Don Simon Ysidro, a former Spanish nobleman who has been unliving in London since the days of Elizabeth I.