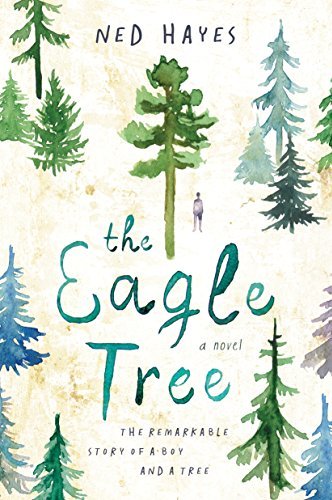 The Eagle Tree is a 2016 novel by Ned Hayes.
Advertisement:

Autistic fourteen-year-old March Wong is in love with trees. He spends most of his free time climbing trees in the forest near his home in Olympia. When he learns that the Eagle Tree, an ancient Ponderosa Pine that towers over the rest of the forest, is going to be cut down, he sets out to save the tree.

A sequel story, "Holy Trinity," was published in early 2017 and follows March as he tries to synthesize lichen in his bedroom.

The Eagle Tree contains examples of: