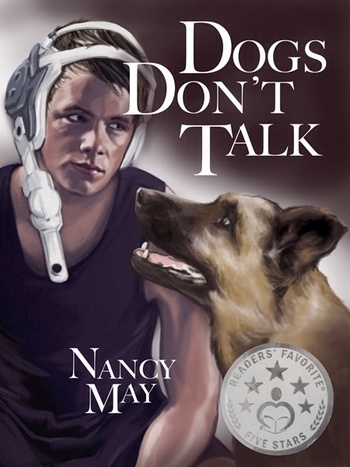 Dogs Don't Talk is a novel by Nancy May.
Advertisement:

High school junior Ben McDowell doesn't fit in anywhere, not at school and not with his family. He thinks that if he only knew how to talk to girls, he'd be able to get a reasonably attractive girlfriend and win the respect of his wrestling teammates. But his family doesn't make it easy. His mother Diane communicates more openly with Rosie the dog than with him. His older brother Johnny is autistic and has OCD. And his younger sister Elizabeth and his father Keith have their own problems.