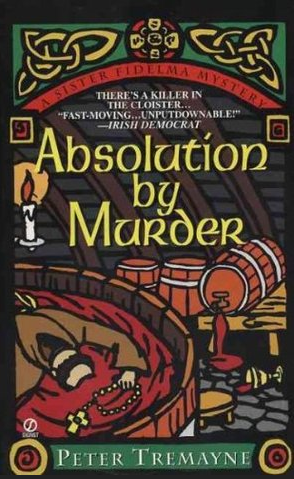 “Find out, though the seas rise to engulf us, or the sky falls to crush us; only the truth is sacred.”
Advertisement:

Ellis uses Fidelma and Eadulf to expound to the reader on the society of Ireland during this period, and on the complex web of cultures, places, religions and rivalries. Irish society was surprisingly Fair for Its Day, compared with its neighbors. The stories often focus on specific points of law, or on comparison between societies and religions. Ellis brings up the following points particularly often:

There are 30 novels, one novella, and two anthologies of short stories. The first stories were published in 1993, and the first novel, Absolution by Murder, in 1994.