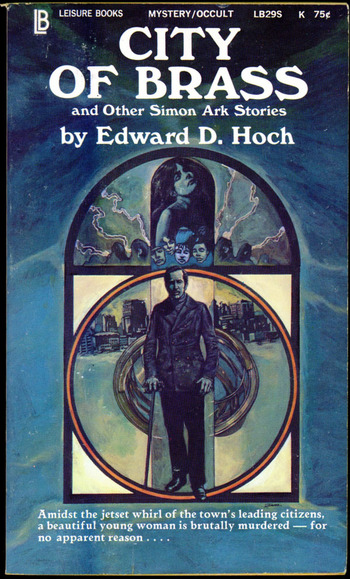 Simon Ark was the protagonist of a series of short stories by Edward D. Hoch.

Simon Ark looks to be an ordinary man in his sixties but he claims he is actually over 2000 years old, a Coptic priest who travels the world looking for evil—specifically, Satan. It is said that he is cursed by God, that when Jesus carrying the cross wanted to rest, Ark refused him rest and in turn has never known rest himself, doomed to wander the globe forever. The narrator of the Ark stories, Simon's publisher, believes that the immortality story is just something Simon came up with to make himself sound mysterious, but he does admit that Simon has not visibly aged in all the years he has known him. The immortality element is not played up in any way and is just incidental to the stories.

The Simon Ark stories have supernatural themes, although the crimes in them are always found to have been committed by mundane means.