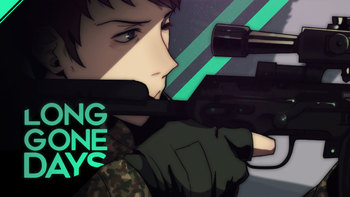 also as writer and Camilo Sáez

The game follows Rourke, a sniper of the military of an underground nation named "The Core", who deserts together with a medic colleague Adair upon realizing the horrors he was being forced to commit by the military.

The game ran a successful campaign in 2016 on Indiegogo. It's demo, originally fully developed by Gomez is available together with the Early Access version of the game on itch.io

. The game is also available

on Steam. The game also has a Twitter page

Not related to Seven: The Days Long Gone.