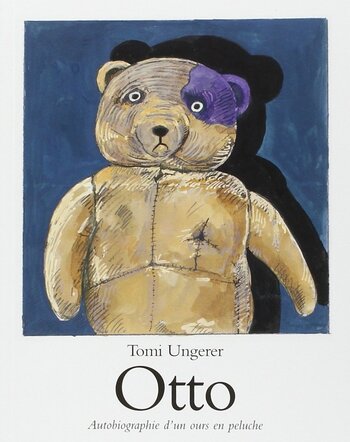 Otto: Autobiography of a Teddy Bear (Otto: Autobiographie d'un ours en peluche in French) is a children's picture book written and illustrated by Tomi Ungerer. It was initially published in German and French languages in 1999.

It follows the life of Otto, a teddy bear who was offered to a Jewish German little boy named David just before World War II. He had a happy life when David played with him along with his gentile friend Oskar. Then came the war... Otto went through many a misfortune of the war after being separated from David and Oskar, witnessing some of its horrors and woes along the way... until he could finally have a happy ending.