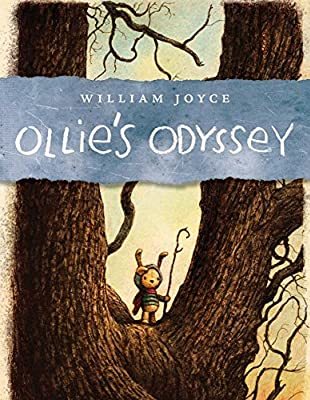 Ollie's Odyssey is a 2016 children's book by William Joyce.

Ollie is a toy made for a young boy named Billy by his mother, which Billy dubbed his favorite toy when he got him. The two are practically inseparable. They do everything together, go everywhere together (so long as their mom says so), and to Billy, Ollie is so much more than a simple toy. He's Billy's best friend.

However, one day, Billy secretly brings Ollie along to a wedding he and his family are attending. When Billy isn't looking, Ollie is swiped and taken away by a group of scary creatures made out of garbage and scraps. These creatures work for Zozo, the former attraction of the "Bonk A Zozo" game lying in the ruins of the old amusement park, who wants all favorite toys in the neighborhood. Now, Billy has to track Ollie down, and Ollie has to escape from the clutches of Zozo.

A live-action/CGI mini-series titled Lost Ollie by Netflix will arrive August 24, 2022 with Jonathan Groff voicing the titular character and directed by Shannon Tindle.