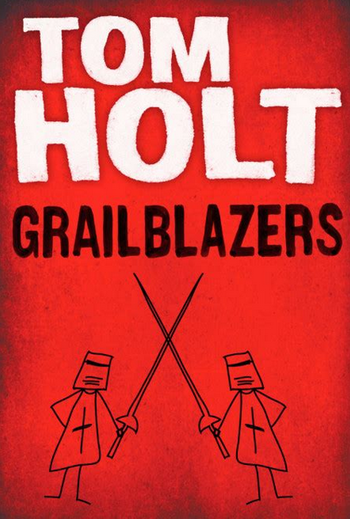 What exactly is a Grail, anyway?

Grailblazers is a comic novel by Tom Holt describing the misadventures of a group of modern-day Grail Knights who are forced to resume the quest (rather than continuing their comfortable lives of selling insurance, delivering pizzas, and so forth) when the heroic yet stupid Prince Boamund is awakened from a magical sleep and assigned to lead them. Hilarity Ensues.

Brave knight, here will ye find some of the tropes contained in the pages of Grailblazers...