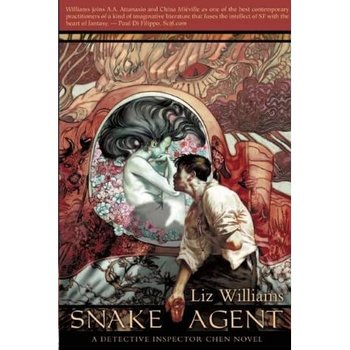 Detective Inspector Chen is the protagonist of a series of novels by Liz Williams, beginning with Snake Agent (2005).

The setting is The Future, some time after the supernatural creatures of Chinese Mythology began interacting with the mundane world. Detective Inspector Chen is responsible for investigating crimes with supernatural components.