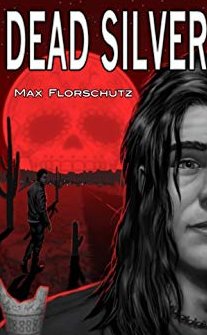 Hawke just wanted to go on vacation, hang out with his friend Rocke and catch the notoriously hard to find chupacabra. Instead he arrives in the town of Silver Dreams to find out Rocke is missing, the body count is rising, and he’s the only one able to help the town.
Advertisement:

Dead Silver is an urban fantasy novel, written by Max Florschutz and published in 2014. It’s the sequel to his novella One Drink which details Hawke and Rocke’s search for a Ghost Wolf in New England.

Not to be confused with a 2008 novel of the same name by Neil McMahon.

Tropes unique to One Drink include: