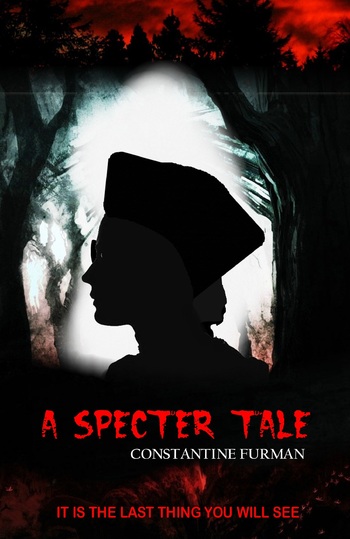 ...but hopefully not read
"So... should we wait for Dan Aykroyd to get here?"
—Brian
Advertisement:

A Specter Tale is a 2018 horror novella written by Constantine Furman.

The people of a small Nebraska town are being mysteriously murdered. When information about these murders gets to Moira Sanders, the host of an Unsolved Mysteries-type show, she takes off to investigate. Despite the police arresting a suspect, Moira's digging uncovers an unassuming woman thought long dead named Natali Stretesky who may be responsible for the town's recent unexplained deaths.

Tropes found in A Specter Tale