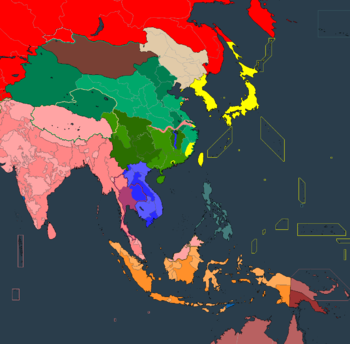 , written by Dadarian. It features the Warlord Era and Chinese Civil War, starting in 1916, and has the players take the reins of the different sides.

A Little Trouble in Big China provides examples of: