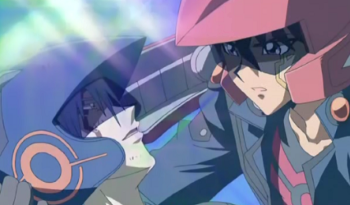 Yusei holds Kiryu in his arms amidst a sea of sparkles.
Advertisement: