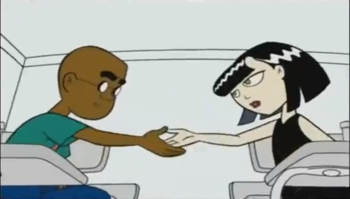 "I woulda been here earlier, but I was busy trying to clear a friend's name."