Funny / DuckTales the Movie: Treasure of the Lost Lamp 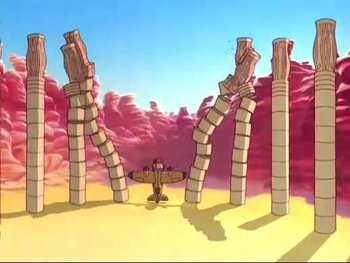 "Fasten your seatbelts, because Launchpad's crashes are even more spectacular on the big screen!"
Advertisement: