Awesome / DuckTales the Movie: Treasure of the Lost Lamp 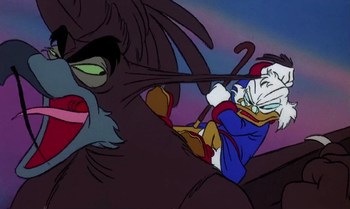 Scrooge McDuck, proving once again just why he's tougher than the toughies.
Advertisement: