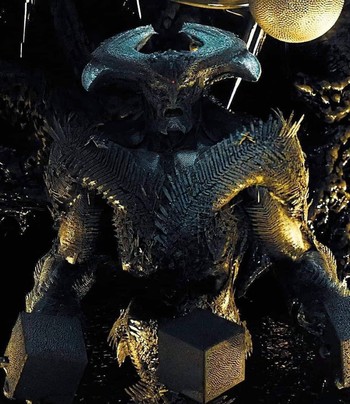 " I had a dream, almost like a premonition...I think it's something more. Something darker."
Advertisement:

Owing to each individual title intended to be overseen with the same director, plenty of moments can be hinted at upon rewatch in the DC Extended Universe.