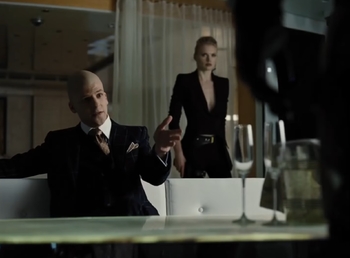 "Care for a glass of Goût de Diamants?"

"I hope the next generation of Waynes won't inherit an empty wine cellar..."

Feel like organising drinking games with movies of the DC Extended Universe? Here's a guide.